A new 2-storey building was to be built in the Google Kirkland campus, situated in Washington, USA to suit the existing office building over one level of structured parking. The Phase II of the Google campus situated near downtown Kirkland and adjacent to Google’s current office encompassed a 180,000 square feet office space and 720 underground parking stalls. The 100-foot railroad right of way which separated the two sites was to be redeveloped in the later stages of Phase II to facilitate the necessary vehicular, pedestrian, and infrastructure improvements to connect the two phases.

An hourly business model was fixed for this project, which involved modeling of duct pipes and plumbing from the Point cloud data client provided us.

Our scope of services

To create a BIM model of HVAC with LOD 400 and plumbing services from the 3D scanned point cloud data of the building.

The major challenge of this project was to model the pipes which drop from the ceiling to the plumbing fixtures through the wall chases. The rough sketches from the clients were used to resolve the issue.

Team Advenser was successful in the modeling in FABMEP-2014 with the assistance of Autodesk Navisworks and Autodesk Recap. The final deliverable submitted by us included an As-built model of HVAC ducts, pipes, and plumbing services together with supports. 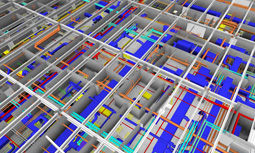 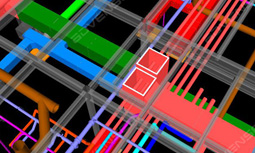 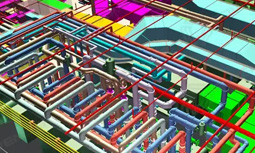 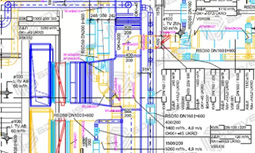 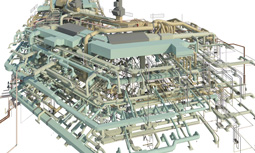 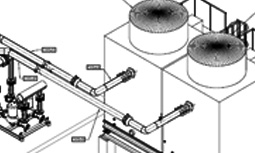 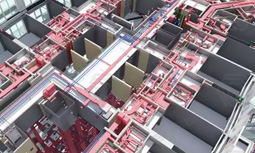 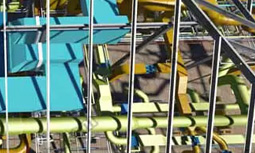 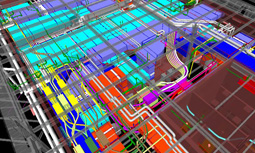 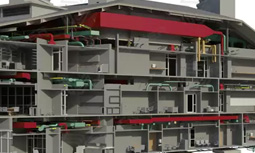 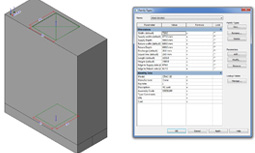 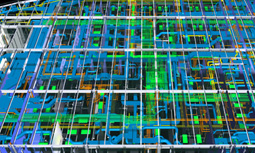